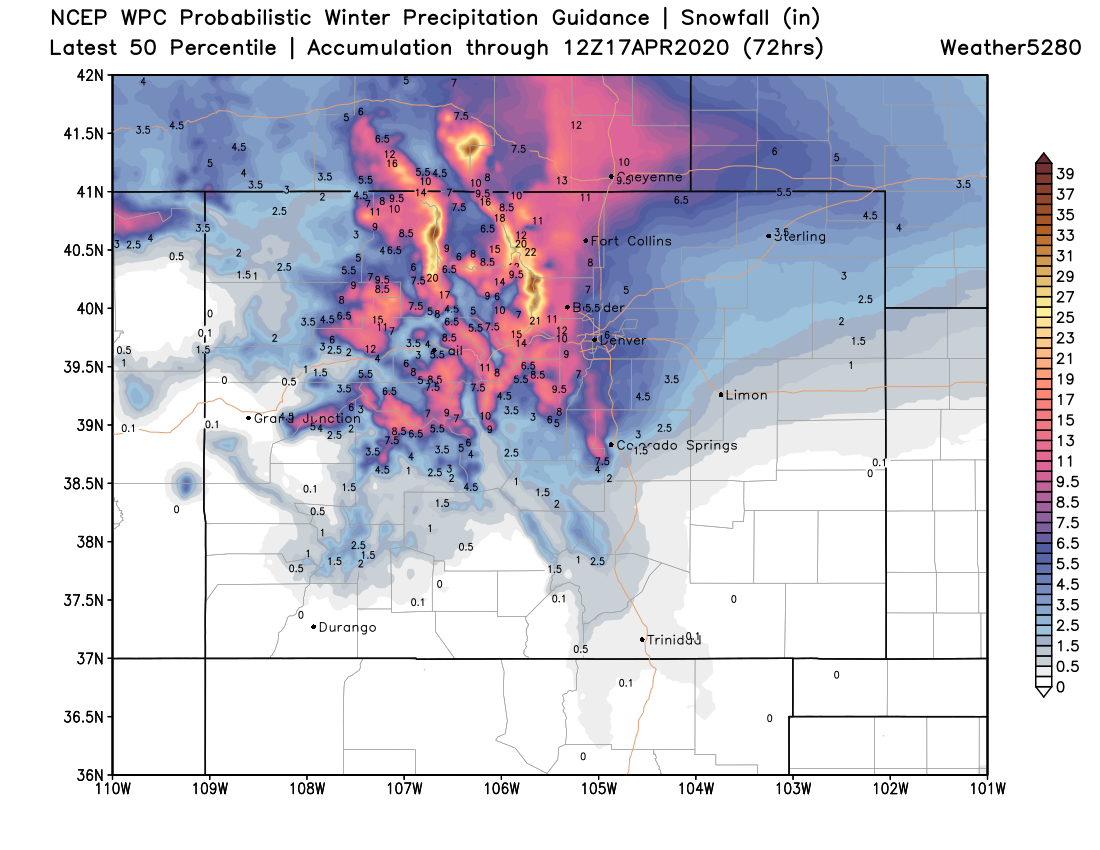 Another snow on the way Thursday: Tuesday PM update

We continue to watch yet another snow on the way for Thursday, the latest in a series of impulses to bring snow to the region.

The next system appears to have potential to bring quite a bit more snowfall for some, perhaps mimicking the last system with some of its totals. The foothills west and northwest of Denver are likely to see the greatest snowfall totals from this system, barring any changes between now and Thursday.

Here is a look at the snowfall totals from the last (if you need a specific site report for snow –– perhaps HOAs or snow removers, please email us at support@weather5280.com and we'll get that for you):

The cold was quite impressive that came with that snow event, too. Just Monday, Colorado had at least 85 record cold temperatures set.

Okay, let's shift focus onto the incoming storm. First, a surface animation to show the system's rain and snow from midday Wednesday through midday Friday:

Your impact clearly peaks Thursday but may linger into Friday also.

A winter storm watch has been issued for the northern Front Range covering Fort Collins, as well as much of the Front Range mountains. The higher totals are likely here, hence the alert area.

Let's look at the higher and lowest potentials as the data indicate now:

And, the most probable forecast:

The final image there of the most probable totals does match decently well with a blend of the Euro and GFS models. Yet, the shorter range models, including the NAM, indicate a northern bias and have lower totals.

Given the wild swings of data from run to run with past snow events within the models, it seems a reasonable decision to support a blend of the higher totals and our Gamblers Charts don't disagree with that decision, especially for Fort Collins and Boulder.