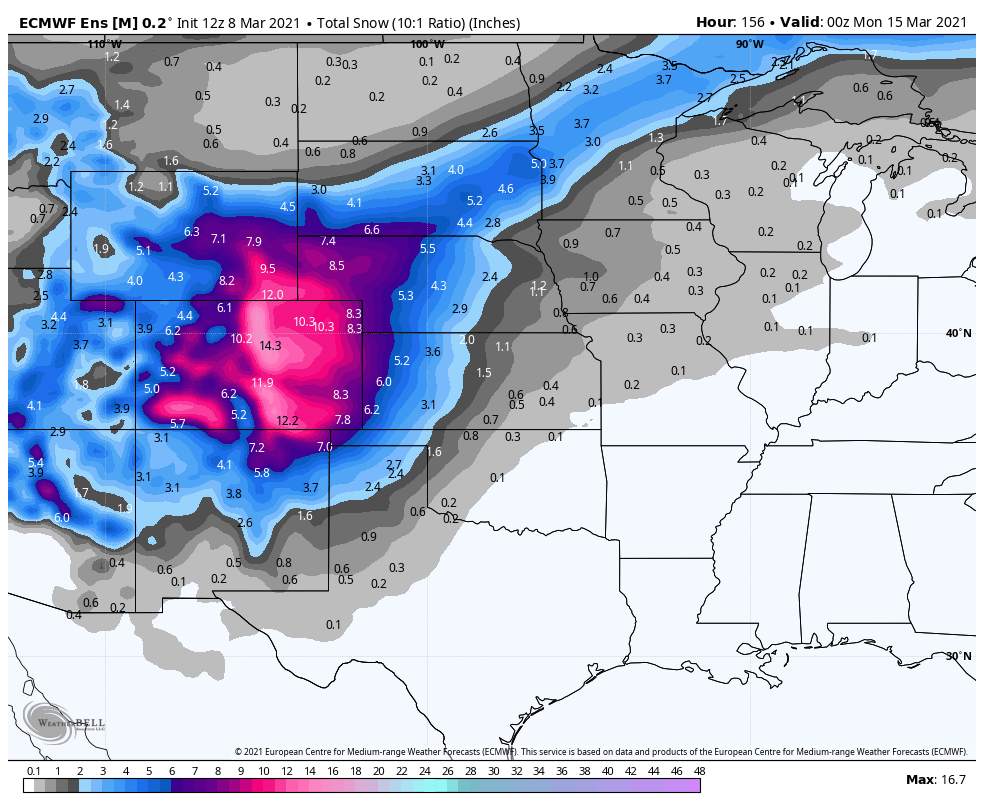 You'd probably have to be living under a rock not to have heard about the POTENTIAL storm set to impact the region late this week and weekend. That being said, there is a lot more that goes into it than just snow maps. But since everyone like to see the pretty colors these days, here is a brief rundown of them...

The thing that should jump right out at you is that the ECMWF Deterministic, ECMWF Ensemble Mean, and GFS Ensemble Mean look somewhat alike. The GFS Deterministic is the CLEAR outlier. That doesn't give us much confidence in this particular version of the model at this forecast range. However, aside from the fact that it is LIKELY overdone, the other model forecasts have a pretty significant snowstorm in their solutions. It isn't 60", but a foot or more of snow for a lot of folks is a significant snowstorm. I really think that is what needs to be underscored here.

The maps below show the upper level low track and evolution from the ECMWF and GFS models.

Again, there are differences.

The ECMWF model is slower with the storm movement, and also is a bit north of what the GFS is predicting. This is especially true of the GFS Deterministic, which is largely why it gives so much more snow to the area, versus the other models. I.E. if the storm stays over Northern New Mexico - Southeast Colorado - Panhandles Region, area, the more snow everyone will likely see. If this storm goes farther north, as some of the model members suggest, it is still a big storm, just not an historic one.

These Southwest Lows almost always come out a little slower than the models suggest, end up with wobbles in their overall track, produce a rather significant dry slot, and throw us a few late in the game curve balls. So... mentally prepare for that this week!

TL;DR
1) A big storm is likely going to impact a large chunk of the region. Details are far from certain, but confidence in the storm occurring is growing.

2) Anyone with travel (ground and air) planned in or out of the region Friday through Sunday needs to stay VERY current with the forecast and have a "plan B" figured out.

3) Ranchers need to be very prepared for a high impact March storm. The eventual track will determine who is most at risk, but you need to at least be planning for something significant if you live in Southeast Wyoming, Western Nebraska, Western Kansas, and obviously Eastern Colorado.

4) Please be patient with the finer details of the forecast. We know these are the most important details, but they take the longest to figure out. When we know, you will know.