Even as we cook through what is to date Denver's hottest September on record... the first snowfall of the season is quickly approaching, with the average date for the city's first measurable snow coming in just over three weeks from today.

Month to date the average temperature at Denver International Airport has been a warm 70.7°F, some 6°F above average for the period. With more warm weather in the forecast, it looks like 2019 may very well set a new record for September, beating out the previous warmest September on record of 69.4°F set back in 2015 –– or at least be close.

If that doesn't get you in the mood for snow, I don't know what will! 🙃

Last year, you'll recall, we launched the contest on the tail of record heat as well. In the end, however, the contest ended early as we saw our first official snowfall come early in 2018, with 0.5" falling on October 6th. But before we miss the opportunity this year, and with October just a few short days away... today we kick off the SEVENTH annual First Measurable Snowfall Prediction Contest! It will be open for two weeks, closing the night of October 9th (provided we don't get snow before then, of course).

Go to the contest: https://www.weather5280.com/contests/first-snowfall-prediction-denver

The goal of the contest is to accurately predict the date of Denver first measurable snowfall (0.1" or more of snow at Denver International Airport).

There are two tie-breakers for contestants that both pick the same correct date: first the contestant that guesses the total snowfall closest to the actual recorded snow total at DIA, then to the earliest submission as a secondary tie breaker. In other words, although the contest will go for two weeks, it may not do a lot of good to wait until the very end as folks before you could win in the event of a tie!

This year's grand prize will be two single-day lift tickets to Loveland Ski Area, which the snow-hounds out there know is once again in a race to open first. Second and third place finishers will each receive a Weather5280 T-shirt.

Could this year be early too? We'll see. So far no snow in the forecast for the Denver area over the next two weeks or so. A cold front early next week at times looks pretty decent... though doesn't show a lot of moisture with it.

The Euro ensemble mean shows temperature dipping below average across Northeast Colorado for the first days of October... 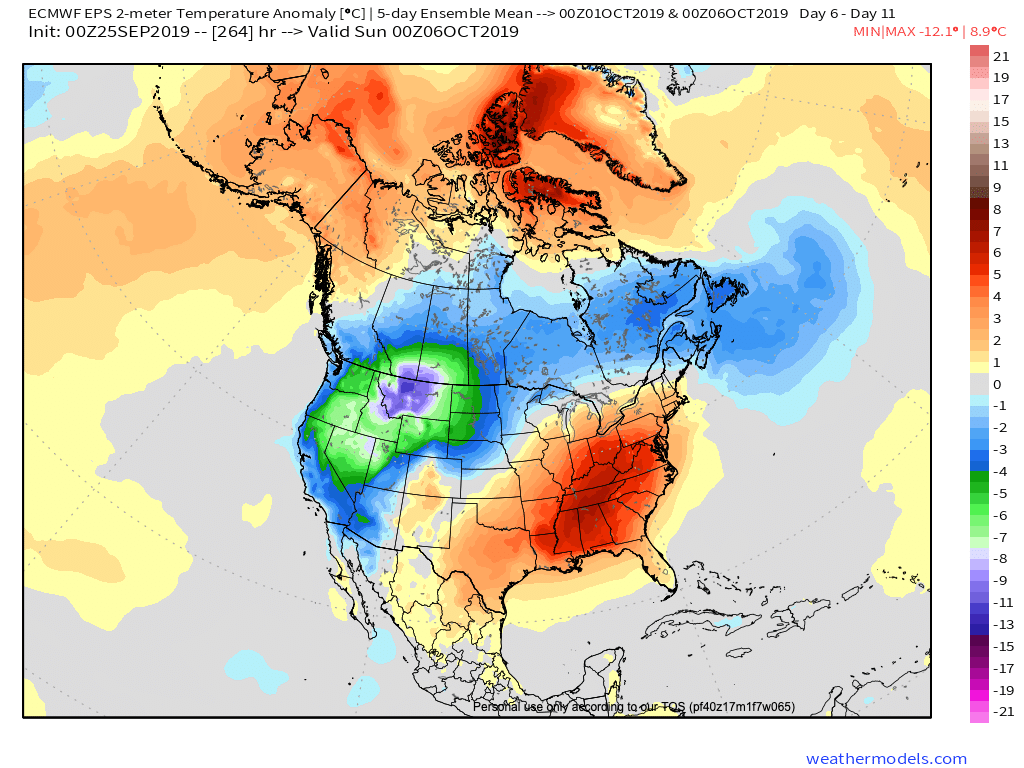 But indicate it may not last long, with the coldest anomalously inching north with time: 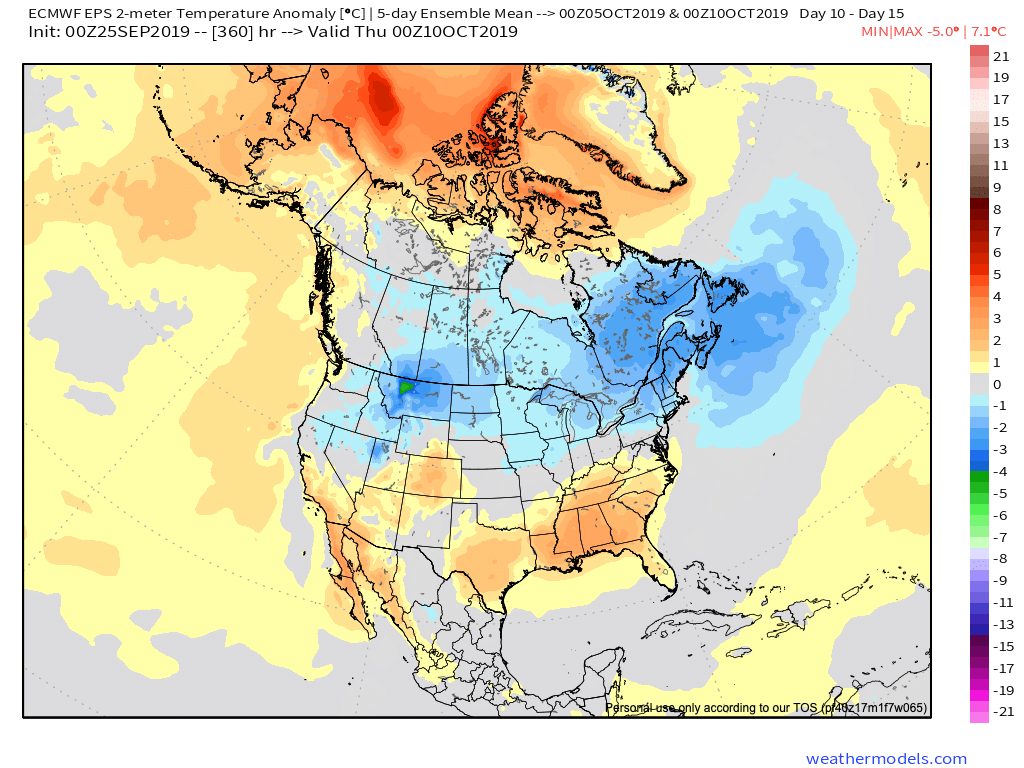 For snow? The latest operational European run shows a big snow on the way for the Northern Rockies, but at this time not showing all too much snow close to home... 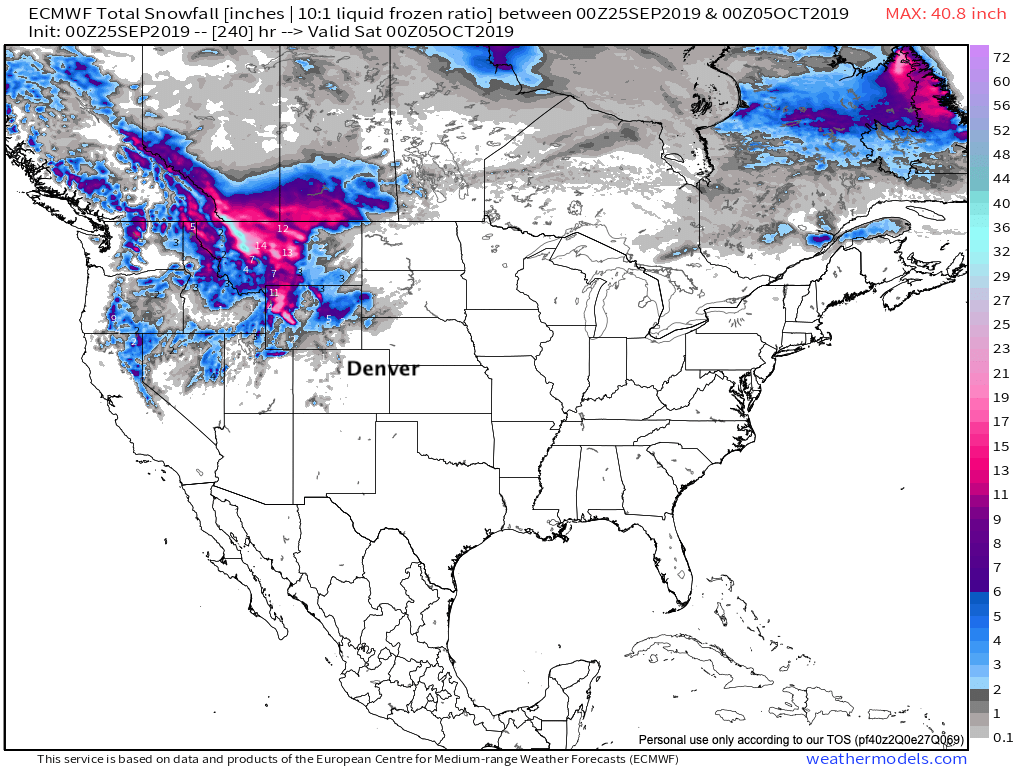 We shall see! Good luck!