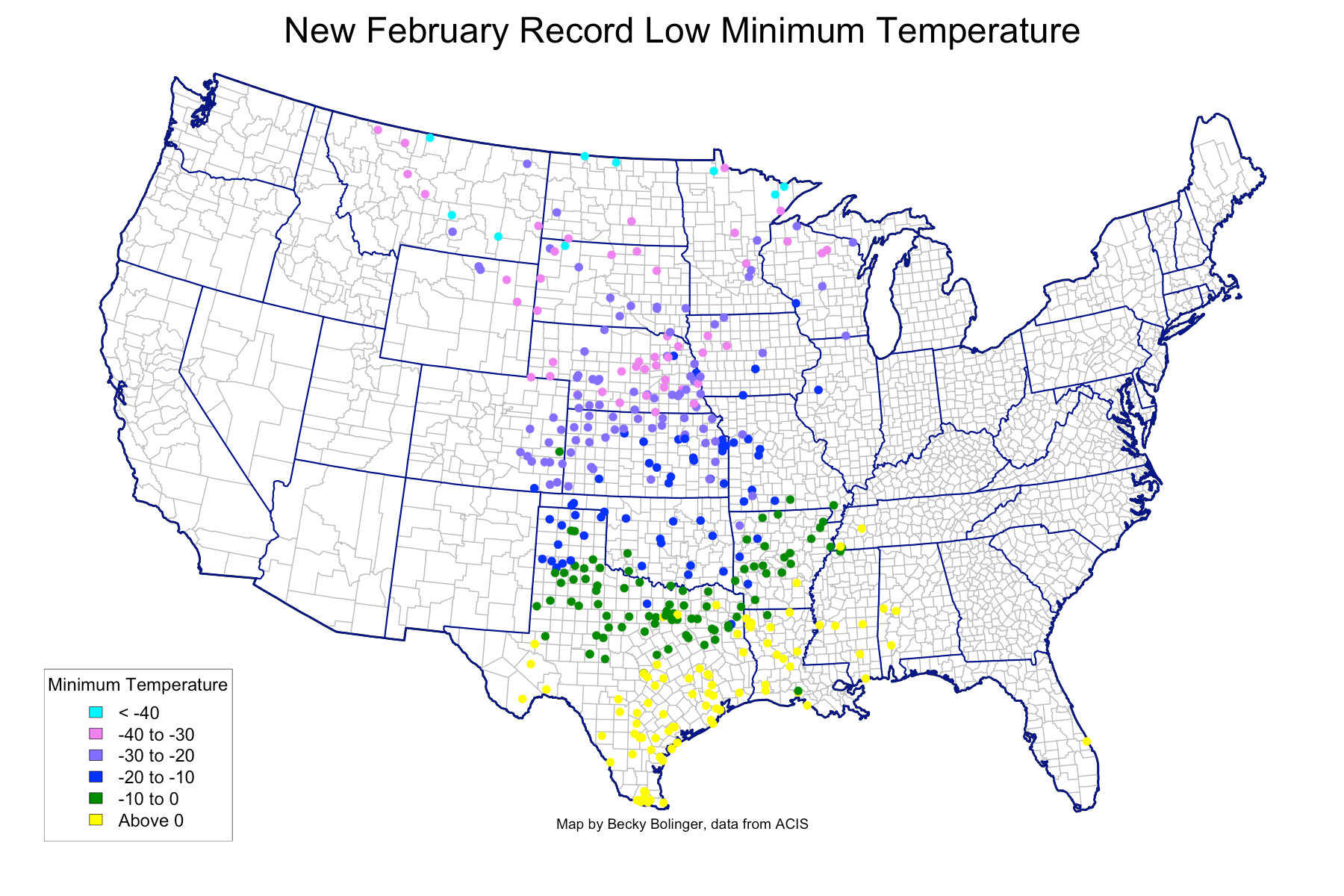 Last week was quite cold across much of the U.S., but was it extreme?

Last week was the coldest week of the winter, with subzero temperatures extending across a significant portion of our country, even in southern states like Texas. But, is it really that big of a deal? It is, after all, winter. It's supposed to be cold. Perhaps it was like this every day, like our grandparents keep telling us from their childhood.

It is true that this cold has occurred before. It's also true that this recent outbreak was extreme. Let's go over that a bit. First off, how often and where should we expect to see subzero temperatures in the lower 48 states?

This map shows the average number of days the low temperature is below 0°F in a year, according to NOAA's 1981-2010 climate normals. Yellow stations infrequently experience those extreme cold days, but it probably happens every few years or so. Look further north, or higher in elevation, and low temperatures below 0°F become more common. For the highest elevation Colorado and Wyoming mountains and isolated locations in North Dakota, Minnesota, and Maine can typically experience 60 days every year where the temperature dips into negative numbers.

How wide of an area experienced temperatures below zero in the last week? According to this map from the High Plains Regional Climate Center, which shows lowest minimum temperatures over the last 7 days, everywhere inside the purple contour observed a temperature less than zero, including northern Texas. The blue line separates where the coldest temperatures were below freezing vs. above freezing. Even down south of Louisiana and the most southern tip of Texas saw below freezing temperatures.

In February 1996, the minimum temperatures take the cake. Records still standing from 1996 include 1,030 maximum records and 933 minimum records. For the 1996 event (see map), many of the cold extremes occurred in the southeast and along the Appalachians.

For some of us oldies, 1996 doesn't seem that long ago. But let's remember, there are full-grown adults old enough to legally purchase a beverage at a bar, who weren't alive for the February 1996 cold outbreak. This means, that for a lot of our country's population, this February's event had the coldest temperatures they've ever experienced!

Next question to attack - is it possible that the coldest temperature in a station's entire period of record could have happened this February. The answer is - yes! Here's the map of the long-term climate normals stations that set new all time cold records.

A whopping 206 stations observed all-time record low temperatures. John Martin Dam, which recently set the all-time hottest record for the entire state of Colorado (at 115°F), tied its record low of -27°F on February 15. Last time it got that cold was in 1984. The Roundup Montana station set a new low record of -43°F on February 12, and then dropped to that temperature again on February 13! Its previous low record was -39°F. The coldest record of these all-time records was in Ely Minnesota, which bottomed out at -50°F.