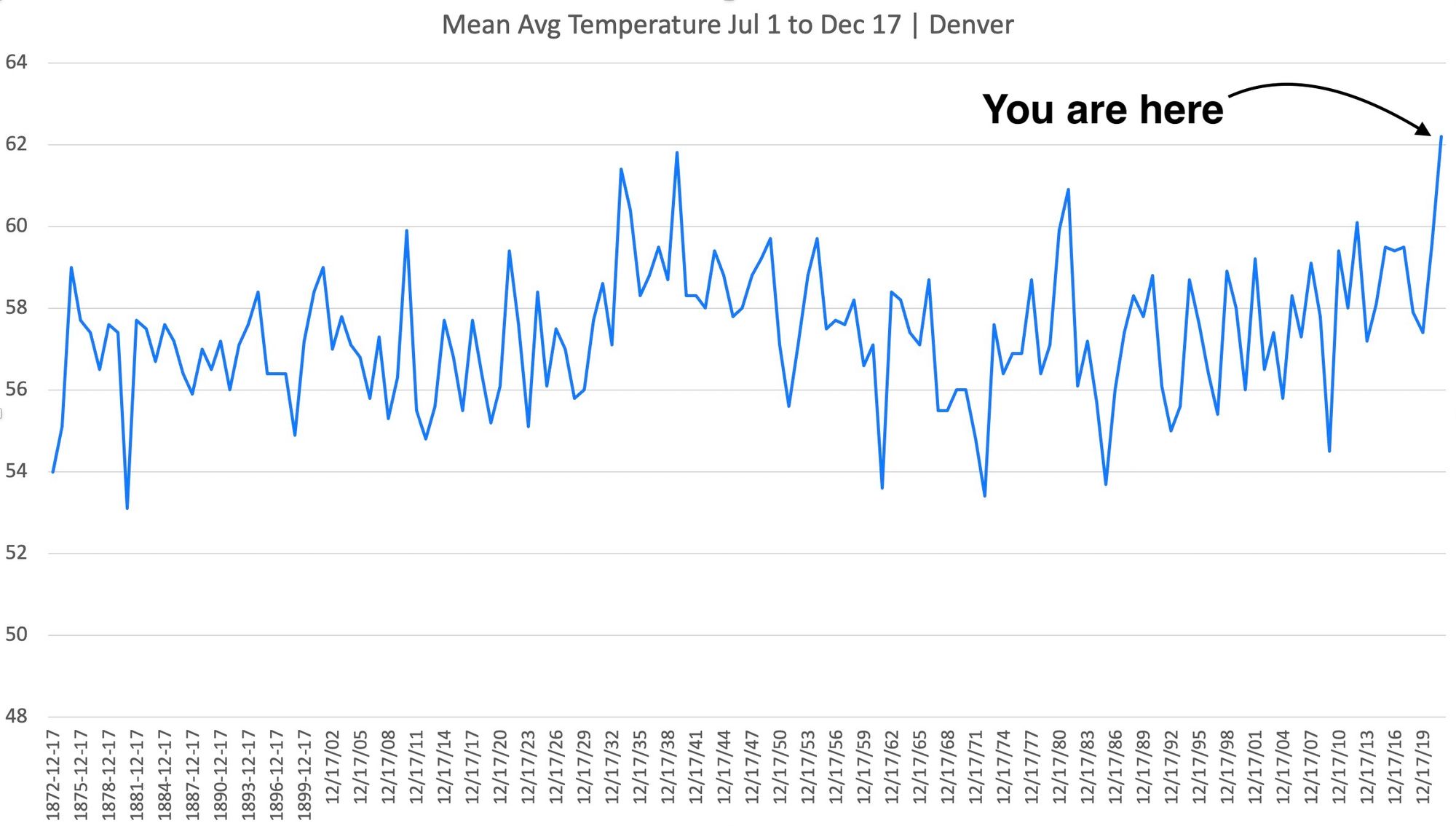 No, it's not just you. The last six months have been exceptionally warm and dry across the Front Range and Denver metro area. At Denver International Airport we've only managed 1.07" of precipitation since July first.

People love to throw around "Dust Bowl" every time the wind blows around here (we live in a dry climate, folks) but this year the number of times the 1930s are showing up when trying to find some historical context is striking. You'll recall Denver set a new record for latest first snow this year, beating out the long-standing previous record set in 1934!

And then of course there was this week's incredible windstorm, with scenes like this playing out all across the south-central plains states on Wednesday:

Through December 17th Denver has picked up 12.4" of precipitation in 2021. The longterm annual average for the city is 14.4". So, we'll end below average this year, but not terribly so, especially considering the last six months!

Of course the likelihood of Denver getting anywhere near an inch of precipitation in the next two weeks is just about zero. The European ensemble mean shows an exactly 0% chance of Denver seeing 0.5" of precipitation (let alone 1") through December 31st:

Even the trusty GFS, always good for a fantasy storm in the long-range is coming up dry for eastern Colorado. Through the next 10 days its got no precipitation across the eastern half of the state, with all of the moisture locked up in the mountains (thankful to see some there at least!).

And at a national scale, below average precipitation in the forecast through the end of the year across the Great Plains: