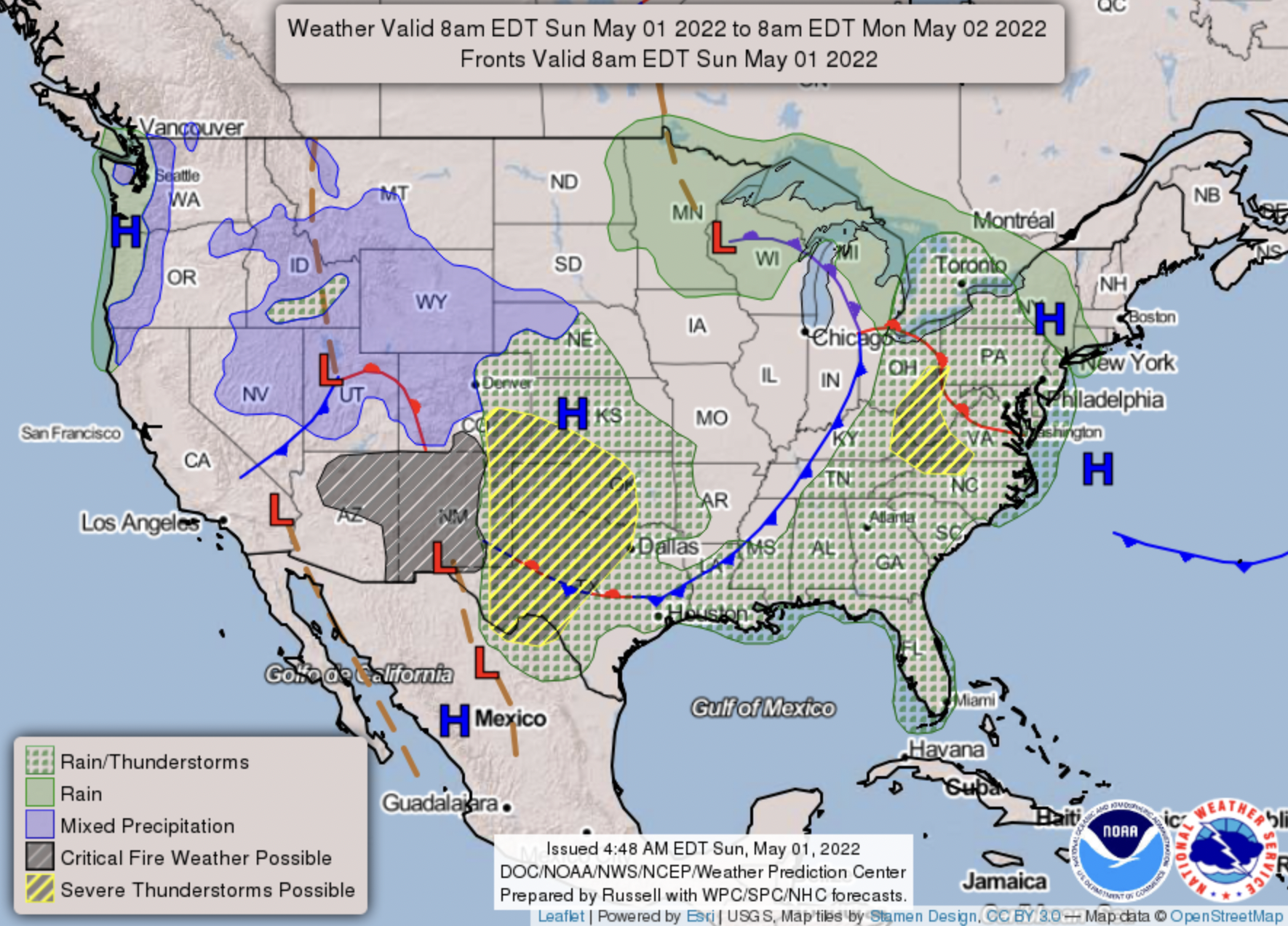 Happy May! The last month of the snow season in Denver.

So, this season is below average, but not horribly so all things considered. Denver sees 1.7" of snow on average in May, and even an above average month isn't likely to make up the deficit we are in. Even with an exceptionally snowy May, the city is likely to end the season below average for snow.

There's not snow in the forecast at the moment for Denver, but the month is young, and the incoming system will bring snow to areas close to the city, even if not the city proper.

As we discussed on Friday, the best chance for the greatest precipitation looks like it may end up east of Denver. Spotty totals along the Front Range foothills may also break the half inch mark, but the best chance for totals from 0.5" to 1.5" will occur east of DIA and north of I-70 through Tuesday:

While thunderstorms will be possible this afternoon across Denver and the Northeast Plains, the area at most risk for severe storms Sunday will be areas east of I-25 and south of I-70:

As for snow? It's likely we'll see some of that around too! In the mountains, for sure, but even across the Northeast Plains late tonight and Monday as colder air gets pulled into the backside of the storm. Denver doesn't look likely to see snow, but across the Palmer Divide, foothills, and areas east of the city we could see some flakes mix in, or even pockets of slushy accumulation.

The latest HRRR shows this idea well, with perhaps a more impactful snow for southeast Wyoming and Western Nebraska:

The GFS shows a similar idea, not much snow along the urban corridor, but the northern mountains will see some snow tonight and Monday, as will portions of the plains:

Winds will increase this afternoon as well, but won't be nearly as strong as we've seen from recent events. Still, gusts of 2o to 25 mph will be possible this afternoon through Monday as the system passes over the state.

Another system swings through Tuesday into Wednesday and may bring more showers and storms to the region. This as part of an active storm track to start May. At the end of the animation below we see a rather strong trough move through next weekend... this will have some colder air with it should it materialize, and could again bring rain and snow to Colorado.